In 2008, I did an email interview with Vidwan Vijay Siva in conjunction with that year’s Bharat Sangeet Utsav (Carnatica’s annual music festival). It wasn’t meant to be a serious interview — I sent in two light-hearted questionnaires and asked him for pictures from his childhood until 2008. Vijay Siva responded with a treasure trove of photos and answers that were a delight to read!

Vijay Siva, the child prodigy, identifies ragas as a three year old at the Music College in Chennai, watched by T.M. Thyagarajan and Prof. Balakrishnan 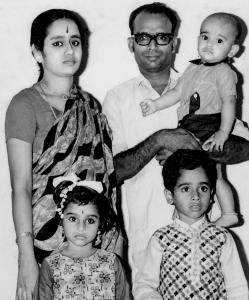 Young Vijay with parents Akhila and A.N.Siva and siblings Manoj and Poorna

Vijay in concert with Thiruvallur Veeraraghavan (Violin) and Sanjeevi (Mridangam). His mother Akhila is on the tambura.

Vijay plays the mridangam as his mother sings. 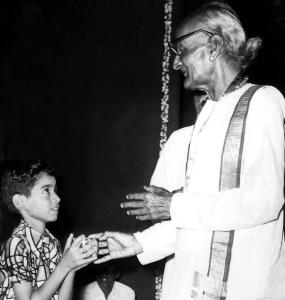 Vijay receives a prize from Nadaswara vidwan Thiruveezhimizhalai Subramania Pillai at the Tamil Isai Sangam in 1974. 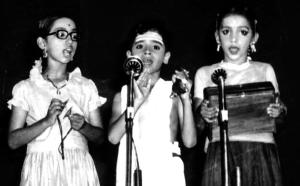 Vijay Siva in the role of Lakshminarayanan (son of Saint Raghavendra) in the play Mantralaya Mahaan. In the role of Narada is his father A.N.Siva. 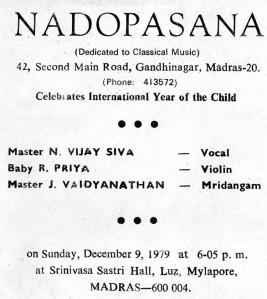 Vijay Siva in the concert advertised above 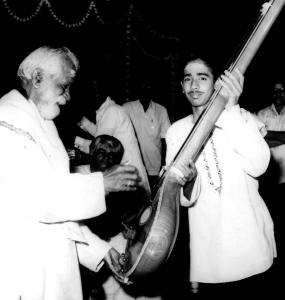 Vijay Siva receives the Rajaji Tambura prize from Dr.S.Ramanathan at the Tamil Isai Sangam in 1981. 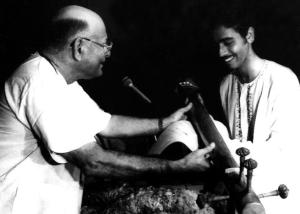 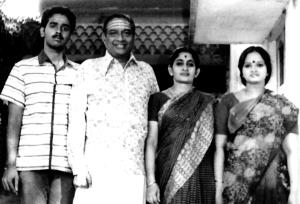 Vijay Siva with his guru D.K.Jayaraman and family. 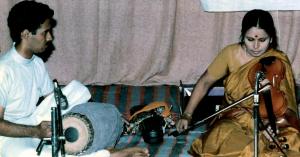 Vijay Siva accompanies Srimathi Brahmanandam at REC Trichy after a music competition in 1984. 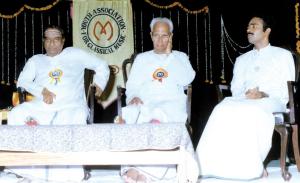 Vijay Siva with his guru D.K.Jayaraman and Sankara Menon during the valedictory function of YACM’s anniversary in 1990.

In a lighter mood 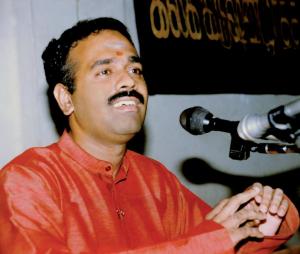 Vijay Siva addresses the audience at a function. 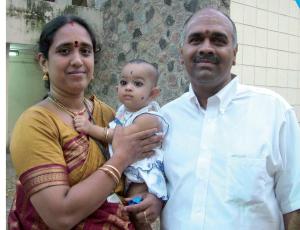 Vijay Siva with his wife Shyamala and daughter Kalyani.

One thought on “Vijay Siva — Rare pictures and a fun interview”

For the love of Carnatic music Grooming without gurukulavasam Lessons from the concert stage Altruism first, artistry next The musician makers A Carnatic life, outside Chennai Prodigies are not born, but made Of Carnatic music and cockeyed misconceptions